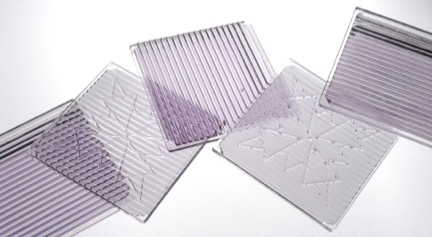 “It all started with a light…”

This year, Luxfer welcomes its 125th anniversary with a celebration of innovation spanning back to 1885. The story began on February 17, 1885, in Boston, Massachusetts, when British-born inventor and entrepreneur James G. Pennycuick received a USA patent (No. 312,290) for prismatic glass tiles. In his patent application, Pennycuick described his product as “an improvement in window-glass.” His invention included molding a series of triangular ridges to one side of a four-inch-square glass tile, thus creating prisms that would refract sunlight into dark spaces. He named his light-bearing invention “Luxfer”—from the Latin term “lux” which means light, and from “ferre” which means to carry or bear.

Between 1885 and 1897, Pennycuick was granted several patents and after operating under a few different business names, Pennycuick founded the Luxfer Prism Company in April 1897 in Chicago, Illinois.

Fast forward to 1920, Charles Ball MC, DSO recognized the emerging potential of a new metal, magnesium, while working for British manufacturer F. A. Hughes. He contracted with the German company, I. G. Farben (part of Griesham Elektron®), which pioneered the electrolytic process that allowed magnesium to be produced in commercial volumes, to become the sole importer of magnesium in the UK.

In 1935, the company’s name was changed to Magnesium Elektron Limited, and a new magnesium production plant was established at Clifton Junction in North Manchester, England with an initial capacity of 1,500 tonnes per annum.

During World War II, Magnesium Elektron Limited (MEL) maintained a significant level of research work, leading to important advances in alloy technology, including the alloying of magnesium with zirconium. This development came at an ideal time, as the improved properties of magnesium and zirconium alloys at high temperatures were ideal for the growing aircraft industry.

Expanding on their decade-long experience hoop-wrapping cylinders with fiberglass for higher pressure applications, Luxfer introduces high-pressure, even lighter-weight composite cylinders fully wrapped with fiberglass (and later Kevlar®). These products prove to be particularly well suited for firefighter SCBA kits, as well as for first responder life-support applications, including oxygen containment. 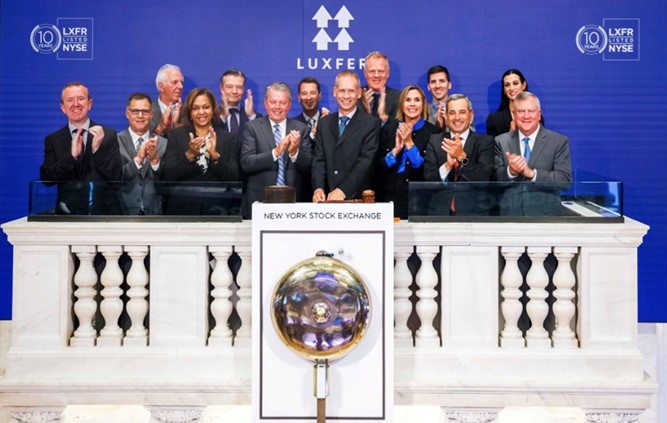 To commemorate its 10th anniversary of public listing, Luxfer rang the closing bell of the New York Stock Exchange on Tuesday, September 6, 2022. Andy Butcher, Chief Executive Officer, joined by Luxfer’s Board of Directors and executive leadership team, presided over the closing bell ceremony at the NYSE to celebrate the occasion.

Today, the spirit of entrepreneurship and innovation that characterized Luxfer’s early history is still very much a part of the company’s culture today. Several new products are on the drawing board that will help Luxfer continue “setting the standard worldwide.” As we continually innovate and adapt to new technologies, our core values – customer first, innovation, accountability, integrity, personal development, and teamwork – serve as a threshold for success.