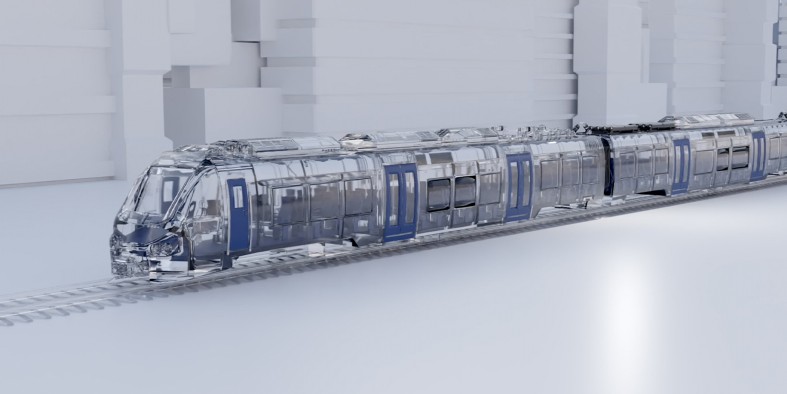 With the increasing impact that the climate crisis has proven to have on our world, the demand to build a more sustainable future and to reduce our carbon footprint has grown significantly.

By switching to hydrogen fuel cells on buses and coaches, we can significantly reduce the carbon footprint of the transportation industry, which will empower nations and local authorities to meet their environmental goals.

Hydrogen fuel systems replace petrol and diesel engines to create automotive power while only producing water vapour as a by-product.

One of the areas in which there is a potential to change and help cut emissions is the rail system. Hydrogen-powered trains could be the answer to decarbonising a major part of the UK’s emissions, and doing so would be a cheaper alternative as well.

According to an assessment of 20 lines in Britain, electrifying one kilometer of track can cost £750,000 to £1m. Hydrogen-powered trains are a lot less expensive because they can be created by retrofitting existing diesel trains. This would be especially beneficial in rural areas where the distance to cover is greater but the passengers are fewer, as this would justify the expense.

The UK already has 42% of its route electrified, which means trains that run on those tracks are ready to become zero-carbon, by relying mainly on electricity and the remaining of time, on hydrogen. Therefore, no fossil fuels would be used to power those trains. However, 58% of UK track is not yet electrified which means diesel trains are still a necessity. 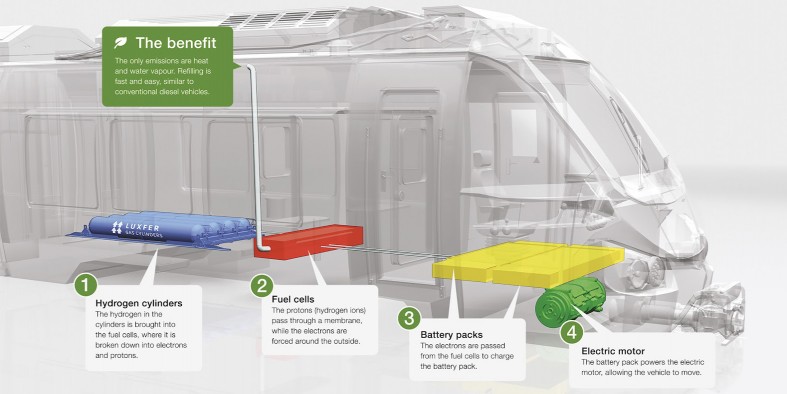 What are hydrogen trains?

How it works - hydrogen trains work based on a simple power system consisting of hydrogen cylinders, a fuel cell, batteries, and finally, a motor.

The stored hydrogen passes through the fuel cell, where it is split into electrons and protons. The electrons are then forced through a circuit, producing electric charge. This electric charge is then stored in lithium batteries, or sometimes it is sent directly to the motor.

The leftover part of the hydrogen molecule reacts with oxygen and becomes the waste product - water. The train’s hydrogen power system is designed to power the train to the equivalent distance of its diesel equivalent.

The pros and cons of hydrogen trains

There are a lot of characteristics of hydrogen powered trains that make them the perfect solution to cutting carbon emissions:

Hydrogen fuel cells also come with a set of challenges to overcome in order to be effective: 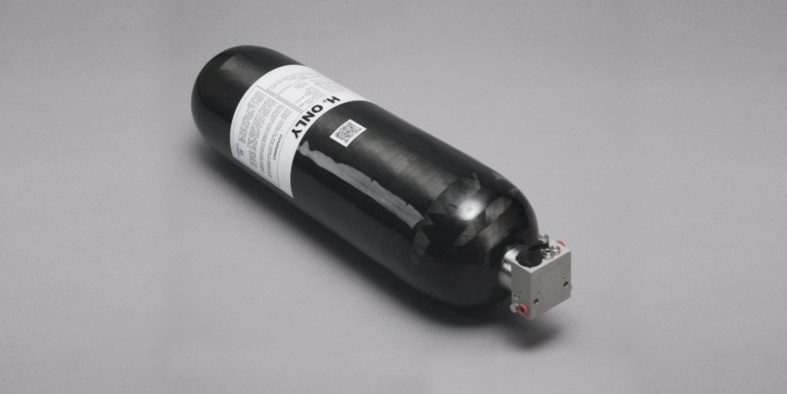 The future of Hydrogen

Rail operators in England have been given a target to replace diesel trains with ones using cleaner fuel technologies by 2040. We are working with several manufacturers and leasing companies to develop new trains and also to convert mid-life and redundant rail stock to hydrogen-powered locomotives.

The first hydrogen train - The UK’s first hydrogen-powered train was unveiled in June 2019. The HydroFLEX project comprises a former Thameslink electric train retrofitted to run using a hydrogen fuel system. Luxfer’s alternative fuel experts worked in close collaboration with Porterbrook and the University of Birmingham’s Centre for Railway Research, which won the Department for Transport funding to support the concept. The four-cylinder hydrogen solution was developed and assembled at our alternative fuel facility in the UK and in September 2020 the train, with a range of 600 miles, hit the mainline for the first time.

How Luxfer can help

One of the challenges hydrogen fuel faces is being able to store it safely. The structure of our G-Stor H2 cylinders is such that it is impermeable which offers the best safety option for hydrogen gas which may be stored in special compartments within or under the carriage.

At Luxfer, we take pride in giving each of our customers the ability to help reduce pollutants by facilitating innovative new fuel technologies.

We believe that hydrogen fuel cells are the best green alternative to petrol and diesel for trains, giving the equivalent power and performance while dramatically cutting emissions. We offer a wide range of cylinder sizes and are now looking at working with vehicle manufacturers across Europe to develop, design and manufacture bespoke fuel cylinder systems.

In addition, we can provide Bulk Gas Transport modules to provide large quantities of hydrogen to keep refuelling stations supplied. 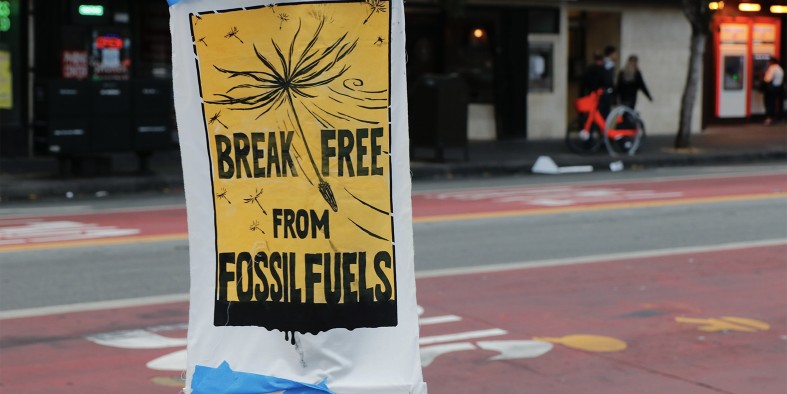 We're excited to be continuing innovating our hydrogen fuel systems to reduce costs, improve efficiency and make storage safe and easy for all users.

These systems will help restore clean air in cities and significantly reduce the carbon footprint of the transport industry. We’re inspired to be part of this ever advancing movement for a greener, happier planet.